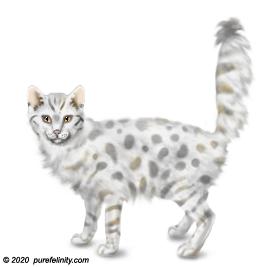 General: Nine years ago, in a school not that far away, there was a young girl. She was very lonely because she didn't have many friends. One day as she waited patiently for the teacher to start the class, a young boy walked timidly into the room. She thought he was very cute so when the teacher asked if someone would like to show him around, her hand was the first one up. "Hi," she whispered, as the boy took a spot next to her. "What's your name?" He smiled a big smile and replied, "Ben." The two new friends grew to be very close. They discovered they liked the same things, and rode the same bus. They even had younger brothers in the same grade! Life was very good for the girl. But halfway through the next school year something dreadful happened. Ben was moving away. On the last day she saw him, he gave her one of his favorite kittens. "Here," he said gruffly, "So you can always remember me." That was the last day she saw or heard from him. The kitten grew to be a very smart, beautiful feline. The first year the cat gave birth to four extraordinary longhair kittens. One had curled ears, another folded, the third straight, and the last had both curled and folded. Each had a different color and hair type. As these kittens grew older they showed much loyal, love, and bravery to the people that received them as pets. As the years went on, many people came to know of these lovely cats and their descendants. On the ninth year of Ben moving away, the cats were accepted as a new breed known as Big Ben because of their big hearts, and the person who started it all, Ben.
Breed creator: player #122259
Date added: 2011-08-01
Body type: foreign (19)
Body size: medium (10)
Head shape: rounded wedge (14)
Ears: medium size, Any (6)
Nose: medium length (13)
Eyes: oval (9)
Eye colors: any
Coat: Any longhair
Tail: normal
Legs: normal
Colors: Any