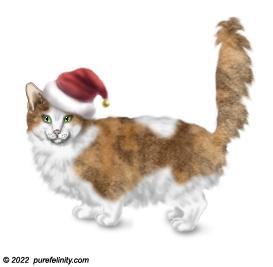 General: Long ago, in a land far, far away. Two countries continuously waged war with one another over the question of which country had the best pie. The young Princess of Apple Country and the young Prince of Blueberry did not wish to aide in the conflicts of their fathers for they had fallen in love at first sight. Prince Blueberry wanted to send a letter to Apple, asking her to meet him, but there was no way his father would allow a messenger to cross over to Apple Country. In his deep thought, he almost hadn't noticed his feline companion rubbing herself against him. Immediately, he thought of a plan. He tied a letter onto his feline and instructed her to give it to Apple. Now, we all know that felines are smart creatures. Did the message reach Apple? Yes, it did. Apple sent Blueberry's feline back with a promise to meet him at midnight. Under the cloak of darkness, the forbidden lovers met, guided by the feline. They knew they could not stay long and decided on a plan. They would send a cat to each other when they wanted to meet. They would name the cat Promise. So Blueberry's cat was the first generation of Promise. Their Promise.
Breed creator: player #115182 player #144148
Date added: 2012-12-01
Body type: semi-cobby (6)
Body size: medium (8)
Head shape: round (2)
Ears: big, any (13)
Nose: medium length (12)
Eyes: oval (9)
Eye colors: any
Coat: any
Tail: any
Legs: any
Colors: any