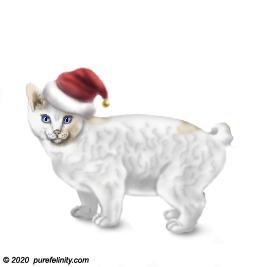 General: The Tasmanian Pygmy Viper (TPV) is an indigenous feline from the Island State of Tasmania. It's ancestry dates back to the introduction of small domestic cats from the Australian mainland hundreds of years ago. The highest population resides in the Tarkine region and Cradle Mountain region, which examples the diverse nature of the TPV. The TPV is a very small feline, one of the smallest in the world, measuring on average to the size of a medium sized rabbit. Their small nature made them (in the beginning) one of the favorite prey animals of the local snake population. The Tiger, Lowland Copperhead and White Lipped snakes made easy prey of the small felines until evolution, as it will, adapted to the new found homeland of the TPV. The TPV became more agile, alert and (Unfortunately for anyone who happens upon one unaware) extremely aggressive. Not only did they develop keen eyesight, reflexes and aggressive counter-attacks, they even over the centuries developed a mild toxicity in their saliva (Due to their own growing immunity to the venom of the indigenous snakes). This toxicity however does not reach any sort of dangerous level to humans, though weakened individuals and small children could suffer weak flu-like symptoms if repeatedly exposed to the TPV saliva, though any such cases are rare.The TPV dervies it's name from both it's penchant to be prey to the local snakes as well as it's assuming many of their own characteristics as it evolved to deal with the threat. Known to the local indigenous population as "The Angry Ball Of Fur" the TPV became widely ingrained in local folklore and mythology. It is said that the TPV is almost impossible to domesticate and completely impossible once a kitten's eyes have opened. This led to the TPV becoming one of the most sought after and "Bragging rights" affable breeds in the world. Owning a TPV became a status symbol amongst cat fanciers due to their extremely aggressive nature, causing assumption that to own one indicated the height of cat fancier skill, loyalty and determination, and often help up as one's pinnacle of Cat Fancier ability. Though a small elite domesticated population exists, though even that population retains much of the agressive and feral narture of it's ancestry, among cat fanciers, most TPV populations remain feral and avoid contact with humans in their natural habitats.
Breed creator: player #86460
Date added: 2013-10-01
Body type: cobby (1)
Body size: small (6)
Head shape: round (3)
Ears: big, any (16)
Nose: medium length (13)
Eyes: round (3)
Eye colors: any
Coat: shorthair or longhair Laperm required; satin, rex I,II,III, wirehair allowed; no hairless
Tail: Bobtail
Legs: Munchkin
Colors: any; rufusing not allowed